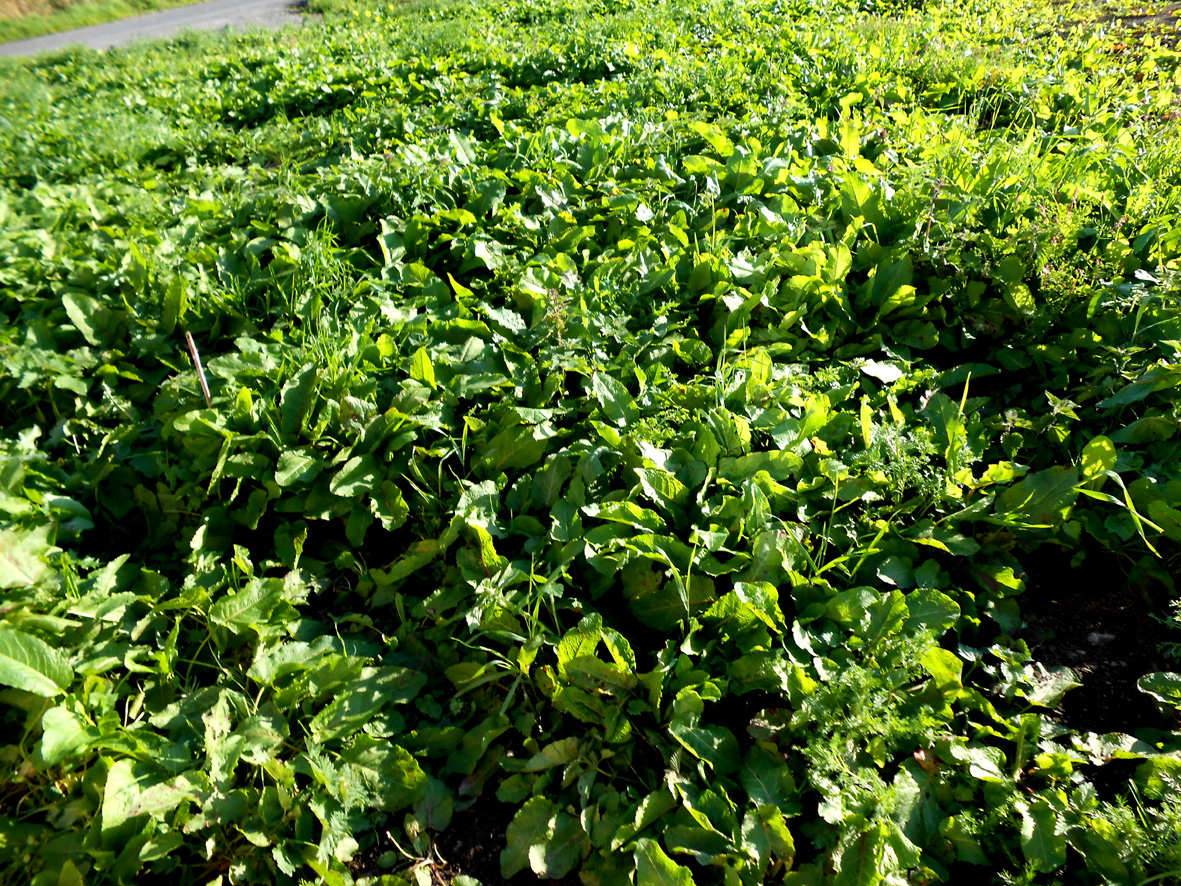 Most folk were reminding me of the dochan's soothing properties on nettle stings.

No, I hadn't forgotten that. Growing up in Orkney, this is the kind of information you absorb at your mother's knee. Probably as she's turning you pink with calamine lotion from some other assault on your skin.

Here we didn't use full-grown dochan leaves, though, as most folk describe: we went straight to the heart of the budding leaf and slimed our nettle stings good and proper with the cool, clear, sticky juice.

After my fruitless searches for poems about dochans, my cousin Rhona sent me a very nice one.

The Dock
Come here, son: look! that leaf is dock, Beside the dandelion clock.
Wherever stinging nettle grows There, too, the healing dock leaf blows
As if to show some grand Design Of Mother Nature, all benign,
Who suffers with her children's pain And longs to make them well again:
Who cannot but provide relief As in this sting-­removing leaf.
………………………..
Or are there flowers that can abate The pain when people love, or hate?
No: men and towns to dust return: The fires drink up the clouds, and burn.
Oh no, relief is never there. Come, we must go: and son, beware,
For where the balmy dock leaves stand Are stinging nettles close at hand. 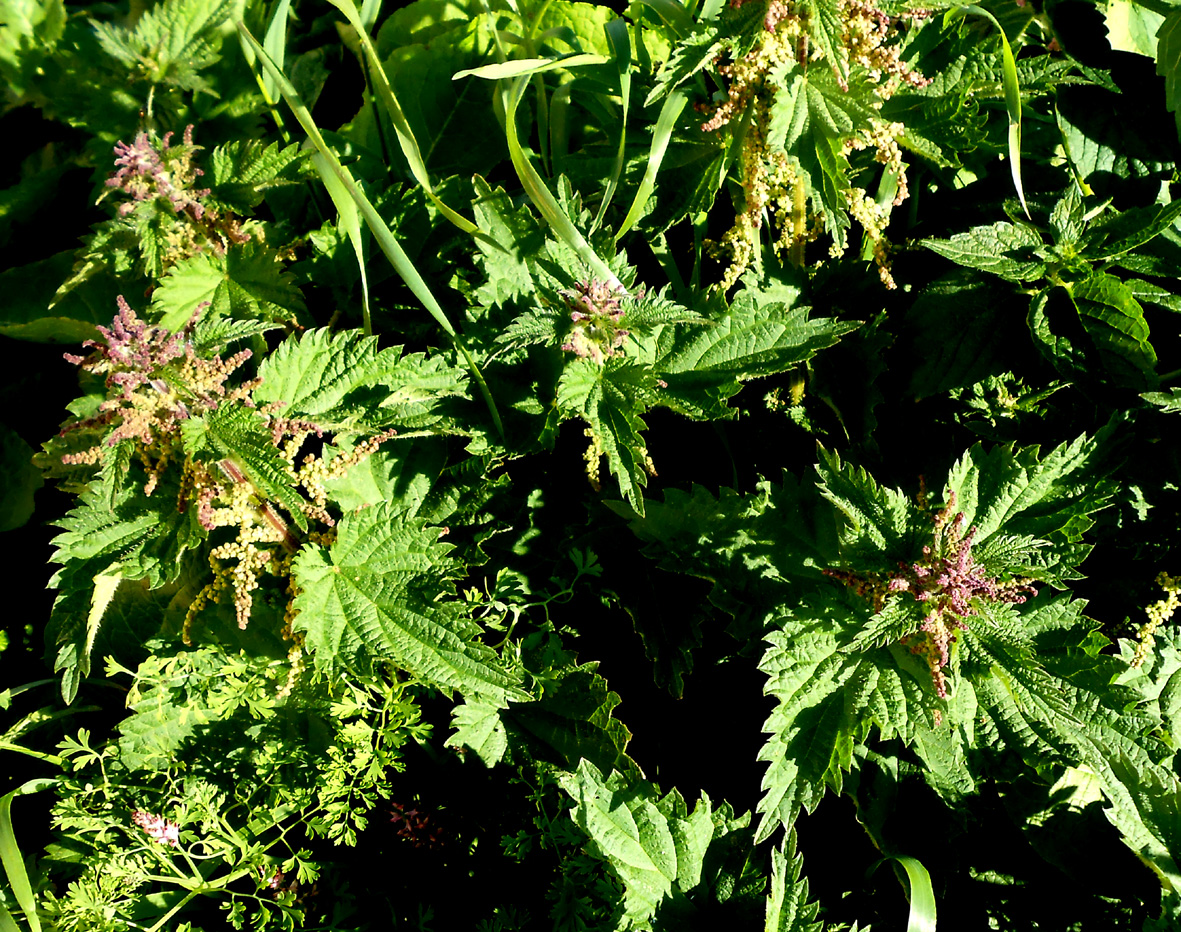 The same poem was sent to me via Twitter by The Little Bookshop @1littlebookshop, who sent a link to another blog, Herbs-Treat and Taste, which gives a detailed account of the dochan's healing properties with quotes from Thomas Culpepper and George Eliot! The Little Bookshop had in turn been alerted to my quest by Zoe Toft @playbythebook, who had recently visited Orkney and been most impressed by Orkney Library & Archive.
No author appeared on the poem from either source. Does anyone know who wrote it?
I also got some playful suggestions via Twitter:

Sarah McIntyre ‏@jabberworks15 Aug
@playbythebook @OrkneyReader There is a young dock plant named Steve Who has an overwhelming pet peeve:
Imagine the embarrassing thing Being a cure for nettle sting On your bum, that'll make him most grieve.

My sister Catherine, who recited Flying Crooked, reminded me that dochans were where we searched for - and found - 'ladybirds'. They weren't ladybirds, though: the black-spotted red beetles were unknown in Orkney when I was growing up. No, they were green beetles, green and bluey with a metallic bronze sheen. We used to collect them and keep them in a jar with holes punched in the lid. And some dochans inside of course, for them to eat. 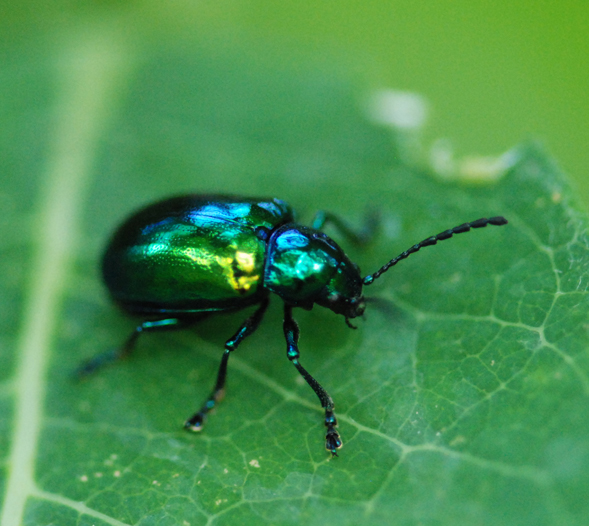 Catherine also reminded me of another use we made of the dochan in our games. When we played hooses and cooked mince and tatties, brown dochan seeds were the mince, white curly doddies, the tatties and pineapple weed, the peas. 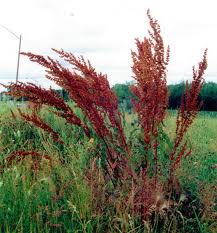 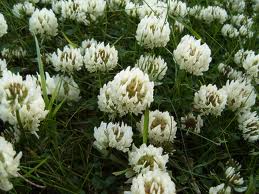 And look what has just arrived in my e-mail inbox from Orkney poet Yvonne Gray! This is by William Barnes who wrote Linden Lea.

The dock-leaves that do spread so wide
Up yonder zunny bank's green zide,
Do bring to mind what we did do
At plaÿ wi' dock-leaves years agoo:
How we,--when nettles had a-stung
Our little hands, when we wer young,--
Did rub em wi' a dock, an' zing
"_Out nettl', in dock. In dock, out sting._"
An' when your feäce, in zummer's het,
Did sheen wi' tricklèn draps o' zweat,
How you, a-zot bezide the bank,
Didst toss your little head, an' pank,
An' teäke a dock-leaf in your han',
An' whisk en lik' a leädy's fan;
While I did hunt, 'ithin your zight,
Vor streaky cockle-shells to fight.

In all our plaÿ-geämes we did bruise
The dock-leaves wi' our nimble shoes;
Bwoth where we merry chaps did fling
You maïdens in the orcha'd swing,
An' by the zaw-pit's dousty bank,
Where we did taït upon a plank.
--(D'ye mind how woonce, you cou'den zit
The bwoard, an' vell off into pit?)
An' when we hunted you about
The grassy barken, in an' out
Among the ricks, your vlèe-èn frocks
An' nimble veet did strik' the docks.
An' zoo they docks, a-spread so wide
Up yonder zunny bank's green zide,
Do bring to mind what we did do,
Among the dock-leaves years agoo.
Yvonne also kindly sent me a link to an internet post about dock pudding, something I had never heard of, made with dochan leaves, oatmeal and onions!

And she has found these visual artists - links below - who weren't shy of using dochans in their art. I particularly like Richard Shilling's Dock Leaf Sun Squares.

Thank you to everyone who has contributed to this ongoing discussion about dochans! It seems they not only have had poems written about them, have medicinal and culinary uses, but also hold a good deal of fascination for a lot of folk. Thank you.

Sylvia Hays sent me a lovely poem of hers in which she mentions dochans - dockweed - and has kindly given permission to print it here:

She noses into my dew-bellied fur, not knowing,
not knowing, when I catapulted into darkness
away over the dyke, towards last week’s waning moon,
not knowing that time refracted in my eyes and lit the way.

The earth was still, even vole prey curled
silent in their holes.
Only constellations moved, a starlit
scatter over dockweed, thistle, nettle.

I crept pier-wards, mindful of my territory,
rummaged softly into creel and net.
The stars were sinking, fading into dawn
as she, not knowing, slept on.

My body clock’s command pulled me back
towards the magnet of her, of home.
I howled her out of dreams
to let  me in.

She noses into my fur, dew-bellied,
but does she know, can she detect,
earth scent, dry weed ochre,
the smell of fish amongst my stripes?