As is often the way, the idea for the Wirdsmit Group was born at a kitchen table where two friends drank tea and chatted. Amber Connolly and Alison Flett both had daughters who were keen writers. Why, they wondered, was there no writers' group for children and young people in Orkney when there was so much provision for adults who write? And who would set up such a group? Could they do it themselves? Yes they could.


The idea grew arms and legs over more cups of tea round Alison's table and they were all set to start it up, when Alison had to go to Australia.

But help was at hand. Louise Graham, Children's Librarian, Orkney Library & Archive, being a passionate advocate of children's reading and writing was warmly supportive. In turn, she sought the support of Gary Amos, Orkney Library & Archive Manager, who was equally enthusiastic. This allowed the group to start up and attract lottery funding. To begin with the group was aimed at 8-12 year olds.

And the timing was good, because Nalini Paul had just finished her year of the George Mackay Fellowship and was able to do three of the twelve workshops that got the group going. 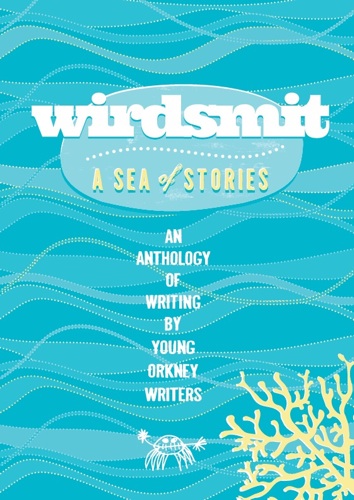 And from these work-shops emerg-ed a very im-pressive pub-lication called Wirdsmit: A Sea of Stories, which Nalini edited along with Amber and the group.

But as those of us who have run groups know, it is fine at the beginning when everything is new; more difficult is to sustain the momentum as time goes by. But Amber, Louise tells me, has never once wavered in her enthusiasm, her energy and her commitment to the group and to nurturing the creative writing of young people in Orkney.

It was about two years ago that the 8-12 year old group began. And now some of those who have been in the group from the start are outgrowing it and Amber has had to think of the next phase: a group for 13-15 year olds.

On Sunday the 12th of May, some of the older young folk from Wirdsmit gathered with Amber and Alan upstairs in Stromness Library for a workshop to kick start the 13-15 group.

They were really engaged, really good writers ... far better writers than I was at their age ... so [the] group is working. And they were really nice kids, really pleasant.

All of them wrote stories that demonstrated what we'd been talking about. Very exciting pieces of work - quite sophisticated ideas for 13 year olds - yeah, I was really proud of the stuff they did.
Alan Bissett on the Wirdsmit session 12.5.13

Amber was delighted with Alan's work with the group. He pitched it just right, she said, and engaged really well with the young folk. He was wonderful!

To hear more of how Alan led the group, tune in to this brief interview on soundcloud. He also talks about the importance of books and libraries in his life.

The following weekend, during Orkney Nature Festival, Amber brought a group of twelve young writers to the Brownie Cottage in Orphir for that most valued time-out for writers, a retreat in the country offering the peace and quiet to write in the company of other like-minded people.

With the help of Sydney Gauld of Orkney Biodiversity Record Centre (OBRC), Amber drew up a list of examples of Orkney Nature that she would talk to the young people about. She encouraged them to consider the place of these things, not only in the landscape, but also in literature. The list included the primula scotica, the Westray black rat, the hedgehog, the pheasant ... Amber also had the help of Gaby Barnby from Stromness Writing Group, who provided a lucky dip of natural objects for the children to choose and then write about.

To hear more details of Amber's experience with the Wirdsmit group, listen to the interview on soundcloud.

And look out for the next blog for some samples of the great writing the young Wirdsmit members produced in both of the workshops.